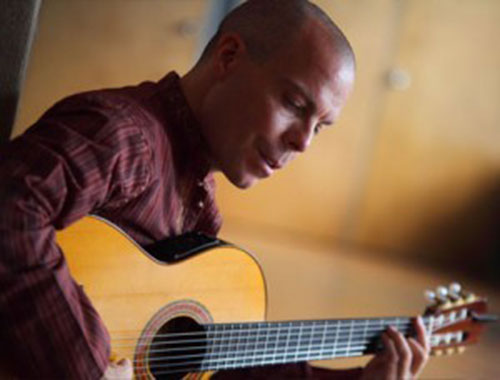 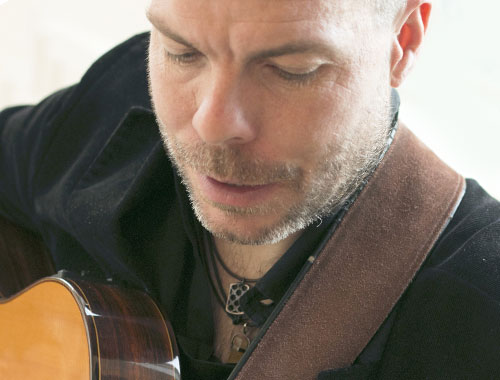 Martin Metzger is a versatile guitarist and composer from Evanston, Illinois. Martin has performed with many ensembles, including Leley (Flamenco), Ensemble of Ragas (Indian/Flamenco), and Wood To Water (World Influenced-Jazz), which recorded their debut album in 2006. In 2007, Martin recorded a second record as a sideman with The Chicago Grace Consort. Martin currently performs with a flamenco group based in Chicago, with guitarist Diego Alonso, singer Patricia Ortega, dancer Marisela Tapia, and percussionist Javier Saume. In addition, he performs solo flamenco guitar concerts. Along with earning a Bachelor’s of Music in Jazz Studies from DePaul University (1994), Martin travels to Spain every year to deepen his study of flamenco. Martin Studies at an amazing flamenco school in Granada, Spain called Carmen De Las Cuevas. Martin has also studied in Sevilla, Madrid, Cadiz and many other Andalusian cities. His flamenco teachers include Jorge Sánchez Martinez, Marcos Palometas, Ruben Campos, Alfredo Mesa, Flavio Rodrigues, Tino Van Der Sman and Diego Alonso. In addition, Martin has studied jazz formally with John Moulder, Akio Sasajima, Larry Gray and Alan Swain.

Martin has been sharing his love of guitar with students of all ages for over 30 years. He utilizes his Masters degree in Education from National-Louis University in 2010 to structure his approach to maximize student learning. In addition, Martin draws from his practices of yoga and zen meditation to impart to his students a sense of joy, discipline, creativity and dedication to the art. Students learn from Martin the joy of having music as a life long practice. He currently teaches private lessons at Baker Demonstration School and with his own studio, Metzger Music Studio, in Evanston, Illinois. Martin teaches guitar students from Evanston, Skokie, Wilmette, Kenilworth, Northbrook, Northfield, Winnetka, Glencoe, Highland Park, Lake Forest and Chicago, Illinois.

Martin is a deeply compassionate experienced, and caring educator who brings out the very best in every student. The Metzger Music Studio and his professional performance ensembles derive from his creativity, commitment to excellence, and ability to bring great people together from all walks of life.

To contact/schedule a lesson with Martin email metzgermusicstudio@gmail.com or call 773-744-1156

Not only does the group utilize individual improvisation, but it also has developed its unique sound of group improvisation through esthetics and explorations, focusing on color, breath, depth and timbre. This mixture incorporates elements that are brooding, melodic, rhythmic, and dissonant.

Original compositions suggest a “coming home” feel all inspired by such diverse groups and artists such as Shakti, Bill Frisell, Pat Metheny, Anouar Brahem, and Paco DeLucia–yet offer an off slant view to the new. 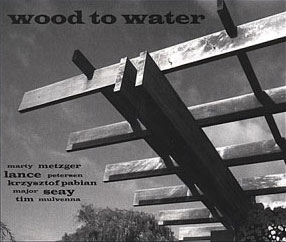 Feel free to give us a call at your convenience and we can discuss more in person. We look forward to hearing from you!

Your message was sent successfully.